What is Inflammatory Bowel Disease (IBD)?

Inflammatory bowel disease (IBD) is a term for two conditions (Crohn’s disease and ulcerative colitis) that are characterized by chronic inflammation of the gastrointestinal (GI) tract. Prolonged inflammation results in damage to the GI tract. 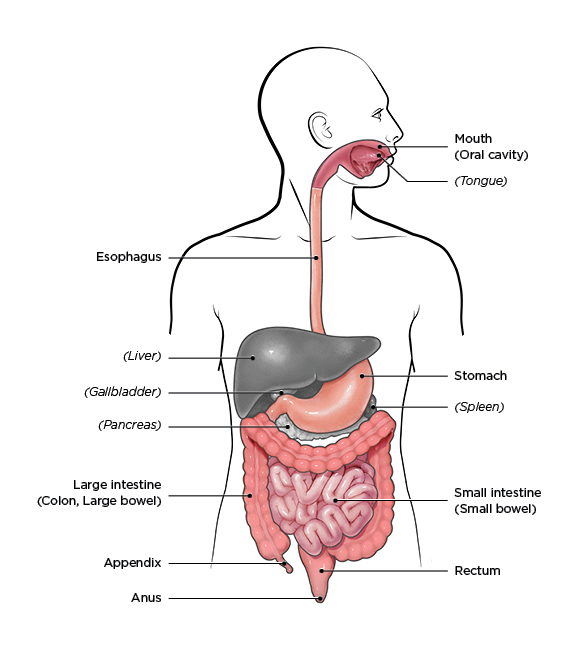 What are the symptoms of IBD?

Some common symptoms are:

The exact cause of IBD is unknown, but IBD is the result of a defective immune system. A properly functioning immune system attacks foreign organisms, such as viruses and bacteria, to protect the body. In IBD, the immune system responds incorrectly to environmental triggers, which causes inflammation of the gastrointestinal tract. There also appears to be a genetic component—someone with a family history of IBD is more likely to develop this inappropriate immune response.

How is IBD diagnosed?

IBD is diagnosed using a combination of endoscopy (for Crohn’s disease) or colonoscopy (for ulcerative colitis) and imaging studies, such as contrast radiography, magnetic resonance imaging (MRI), or computed tomography (CT). Physicians may also check stool samples to make sure symptoms are not being caused by an infection or run blood tests to help confirm the diagnosis.

How is IBD treated?

Several types of medications may be used to treat IBD: aminosalicylates, corticosteroids (such as prednisone), immunomodulators, and the newest class approved for IBD—the “biologics”. Several vaccinations for patients with IBD are recommended to prevent infections. Severe IBD may require surgery to remove damaged portions of the gastrointestinal tract, but advances in treatment with medications mean that surgery is less common than it was a few decades ago. Since Crohn’s disease and ulcerative colitis affect different parts of the GI tract, the surgical procedures are different for the two conditions.IBD is not…

IBD is not celiac disease

Celiac disease is another condition with similar symptoms to IBD. It is also characterized by inflammation of the intestines. However, the cause of celiac disease is known and is very specific. It is an inflammatory response to gluten (a group of proteins found in wheat and similar grains). The symptoms of celiac disease will go away after starting a gluten-free diet, although it usually will be months before the full effects of the new diet will be reached.